the times they are a-changin'

Michael Maguire has a fair reserves list at his disposal with Zane Musgrove, Josh Reynolds, Michael Chee Kam and Matt Eisenhuth waiting in the wings for a late call-up. Second-rower Luciano Leilua has scored in both games for Wests Tigers. The NRL Integrity Unit has been made aware of an incident involving Josh Reynolds in which the Wests Tigers veteran reportedly failed a roadside drug test while driving with an expired licence.

When he was aged 44, Kelly was chosen in the Australian Rugby League Team of the Century, as well as the Queensland and Magpies teams of the century.

When he was aged 44, Kelly was chosen in the Australian Rugby League Team of the Century, as well as the Queensland and Magpies teams of the century.
Click to expand...

Hard man on the field but very likeable off the field, RIP Noel.
.
Reactions: Rabbits 21

<i><b>Welcome to our Round 13 Talking Points, where we run the rule over the biggest stories to come out of another big weekend of football.</b></i>
www.foxsports.com.au 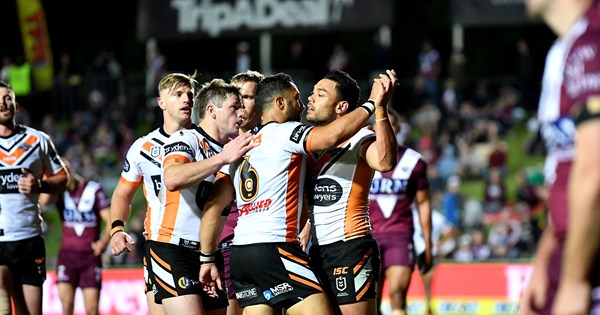 The roster squeeze behind Wests Tigers' call on Benji 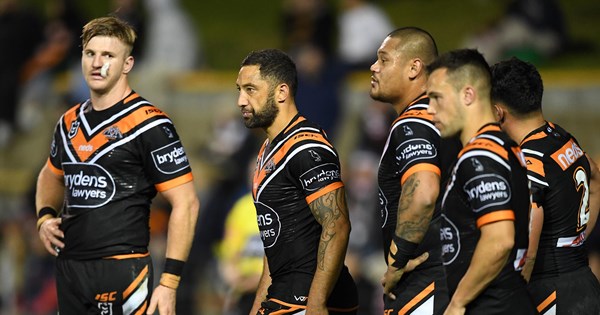 Former Wests Tigers captain Robbie Farah admits it's disheartening to see the issues affecting Michael Maguire's side, with the club looking increasingly likely to miss the finals for a ninth straight season

Veteran NRL journalist Paul Crawley has lambasted the Wests Tigers for their handling of exiled stars Josh Reynolds and Russell Packer, accusing the joint-venture club of the “shocking treatment” of the players.
www.foxsports.com.au

Tigers rookie of the year Harry Grant has dropped a bombshell at the club’s awards night on Wednesday by declaring if Cameron Smith plays on with Melbourne the young gun hooker will not return to the Storm.
www.foxsports.com.au
You must log in or register to reply here.
Share:
Facebook Twitter Reddit Pinterest Tumblr WhatsApp Email Link
Top Bottom