Peta Hiku is expected to be available for New Zealand's end of season Tests despite being ruled out of the Warriors' round 25 clash with Canberra.

The news is not as good for Chanel Harris-Tavita and Tohu Harris.

Harris-Tavita may require surgery to fix ligament damage in his left arm. He is facing a five-week recovery.

Harris was ruled out of the end of season internationals by coach Stephen Kearney on Wednesday, with a foot injury still causing issues.

Jazz Tevaga met with a surgeon this week to get ankle examined. Kearney said Tevaga has multiple injury issues to deal with over off-season.

Warriors forward Agnatius Paasi has also been hit with a grade one dangerous contact charge but has avoided a suspension with an early plea.

After appearing in the first 13 matches of the 2019 season, Harris was side-lined for the last 11 with a foot injury.

Herbert, who made his NRL debut against Melbourne on Anzac Day, was hampered by leg injury late in a season in which he made eight first-grade appearances. 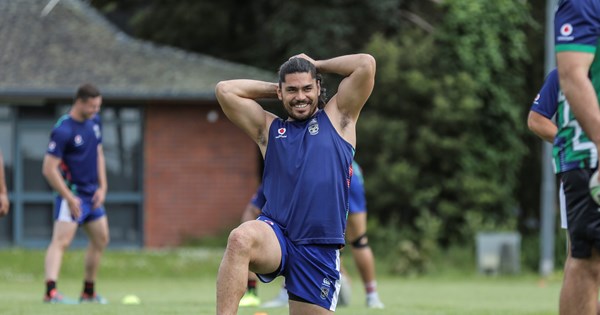 Harris and Herbert back in full training

Two players back and more set to be ready for start of Vodafone Warriors' 2020 campaign.

Vodafone Warriors loose forward Jazz Tevaga has been side-lined after having minor surgery on an ongoing ankle injury.

He had surgery last night to improve stability of the syndesmosis in his left ankle.

It’s yet to be determined how long he will be side-lined for. 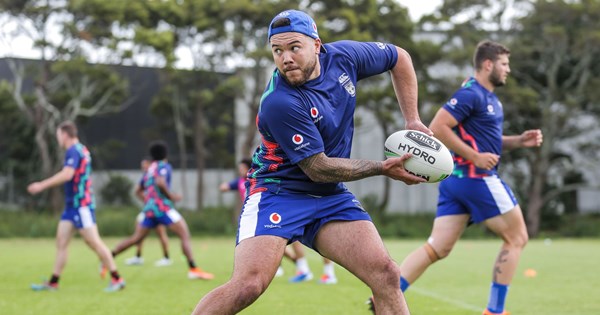 Vodafone Warriors loose forward Jazz Tevaga has been side-lined after having minor surgery on an ongoing ankle injury.

Hard-running Vodafone Warriors prop Bunty Afoa is set to miss the 2020 NRL season after rupturing the anterior cruciate ligament in his left knee in a training session last week.

The 23-year-old will have surgery next month and isn’t expected to return to the field this year. But there will be real concern around the health of prop Jackson Frei who left the game with a knee injury 14 minutes in and failed to return.

Phillip Makatoa also off with an ankle injury. 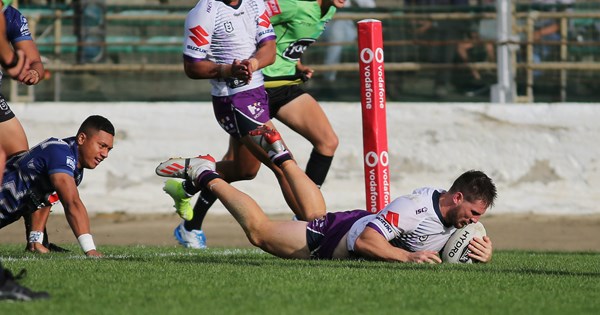 The Storm have scored a narrow 18-16 win over the Warriors in a trial match at Palmerston North. 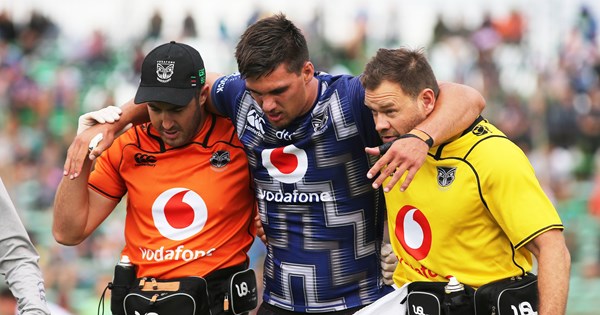 The Warriors didn't finish the match unscathed, with star fullback Roger Tuivasa-Sheck failing to return for the second half after suffering an ankle strain.

Speaking after the match, Tuivasa-Sheck downplayed the injury. He said he didn't expect to be in any doubt for the opening weekend of the season.

In further Warriors injury news, the club will wait on scans to determine the severity of experienced prop Agnatius Paasi's ankle sprain. Josh Curran also failed to finish the match.

Kodi Nikorima also with an ankle sprain according to the NRL or is that a mistake?
Last edited: Mar 1, 2020

The Vodafone Warriors are hopeful captain Roger Tuivasa-Sheck, prop Agnatius Paasi and back rower Josh Curran will be available for the Vodafone Warriors’ NRL season opener against the Knights at McDonald Jones Stadium in Newcastle on Saturday, March 14 (5.00pm kick-off NZT). 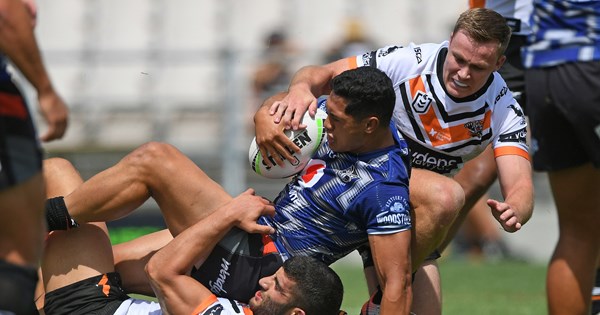 Trio still hopeful for opening round

The Vodafone Warriors are hopeful captain Roger Tuivasa-Sheck, prop Agnatius Paasi and back rower Josh Curran will be available for the Vodafone Warriors’ NRL season opener against the Knights at McDonald Jones Stadium in Newcastle on Saturday, March 14 (5.00pm kick-off NZT).

Warriors centre Taane Milne has taken to Instagram to confirm he won't play again in 2020 after suffering an ACL injury.

Milne is currently still in Australia with the team, who are basing themselves in Kingscliff for at least the next week due to the coronavirus pandemic.

Knee surgery has been put on hold for Warriors duo Jackson Frei and Taane Milne due to New Zealand’s COVID-19 lockdown.

Frei suffered an anterior cruciate ligament injury in his right knee in the trial against Melbourne in Palmerston North on February 22.

He was joined by Milne, who also tore his ACL in the Warriors’ only match in the since-cancelled Canterbury Cup competition against Newcastle on March 14.

Both players were unable to have operations before elective surgery was postponed as the country headed into lockdown in the fight against the coronavirus pandemic.

Front-rower Bunty Afoa suffered an ACL injury in his left knee during a training session in February. He is making good progress after having surgery three weeks ago.

Young hooker Nate Roache is well advanced in his recovery from an ACL tear but his return date is yet to be confirmed.

Gerard Beale (knee), Jazz Tevaga (ankle), Agnatius Paasi (ankle) and Josh Curran (calf) were initially in line to return in round three against the Wests Tigers or St George Illawarra the following week.

He will be side-lined indefinitely with scans and further assessment needed to establish the full extent of the injury.

His setback came 24 hours after senior prop Leeson Ah Mau tore his pectoral in a training session on Friday. It was confirmed today that the 30-year-old will have surgery in Sydney this week, ruling him out for four months.

The injuries to Ah Mau and Tevaga mean four of the club’s middle forwards are now out of action with props Bunty Afoa and Jackson Frei back in Auckland recovering from ACL surgery. Centre-winger Taane Milne has also just had an ACL operation. 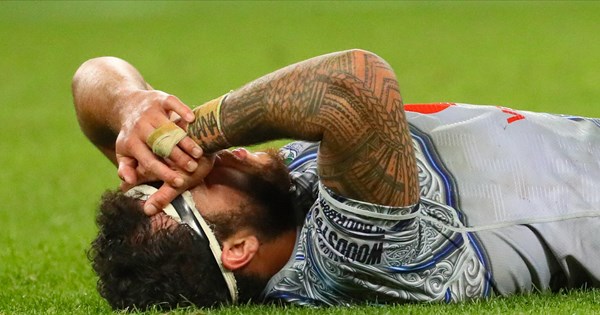 Your Warriors mates over there will be gutted Callmack.
Reactions: callmack1

Paul Gallen has sensationally offered to come out of retirement and give his services to the injury depleted Warriors for the remainder of the 2020 NRL season.