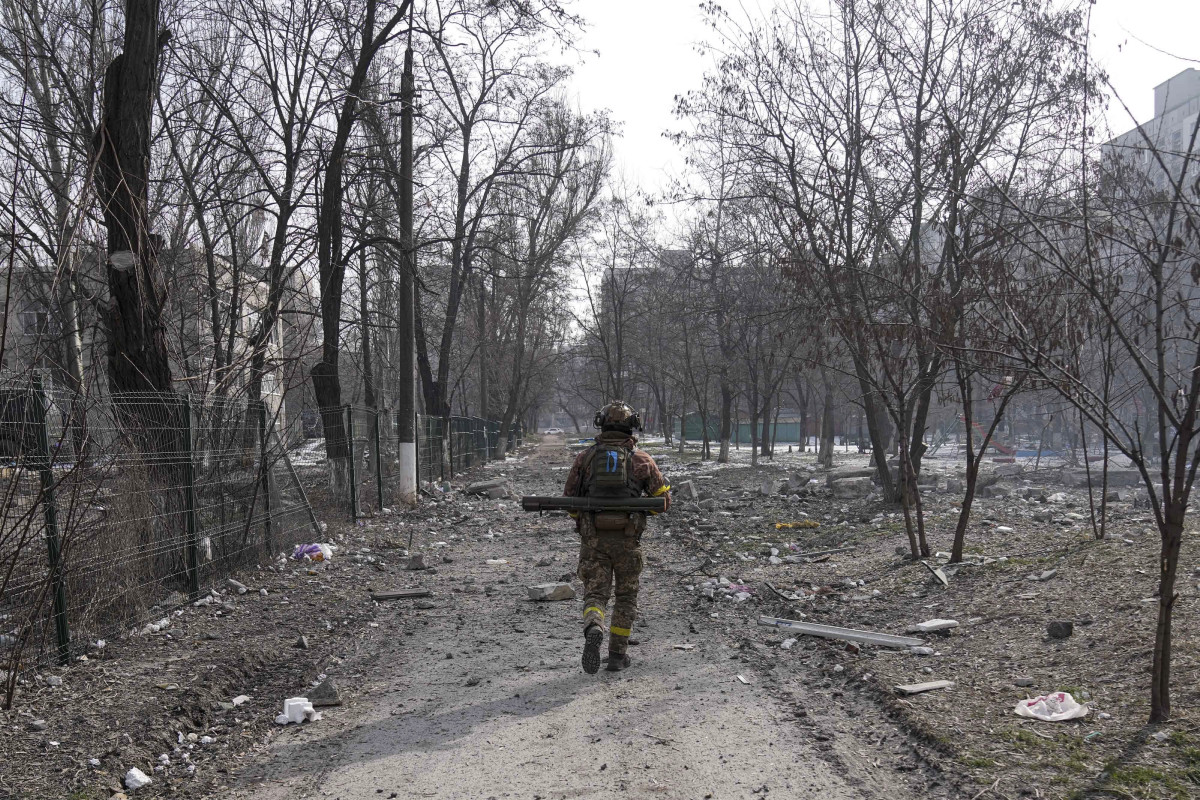 Mariupol, a city of 446,000 people, has endured some of Ukraine’s worst misery since Russia invaded.

You hate it all but I just hope they give the Russkies a beating before the end comes.

I can't see them holding out indefinitely - like in Afghanistan - but strange things happen. The Russian people might start to get up upset with all the deaths.

If they can stretch it out the Russians may well go home. Or claim a moral victory and stop in the places they have "liberated".
Reactions: Southy 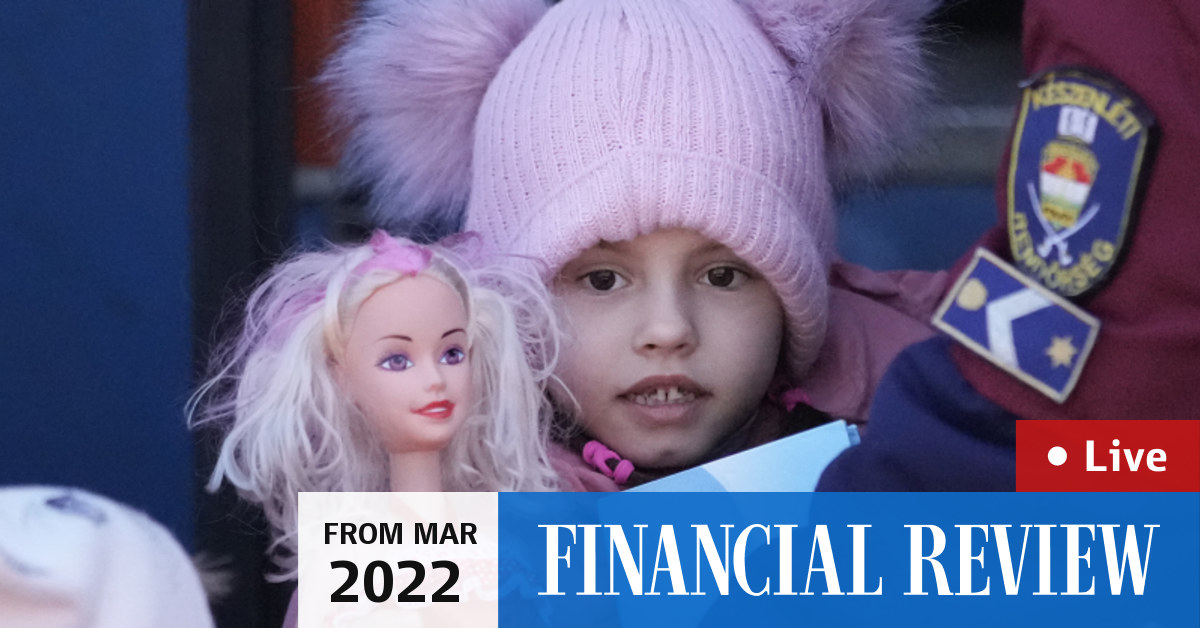 Russia-Ukraine war UPDATES: With 4000 staff in bunkers, this oligarch is fighting for Ukraine

Russian rockets rained down across Ukraine before dawn on Sunday, including strikes on a military training base outside the western city of Lviv, bringing the war dangerously close to the Polish border

Getting nastier by the day. If Putin starts "losing" he'll do something stupid.
Reactions: Southy

They've bombed even further west now, not to far away from the Polish border. If anything hits Poland either accidental or not it could escalate very quickly.
Reactions: RUN010

Raboriginal said:
They've bombed even further west now, not to far away from the Polish border. If anything hits Poland either accidental or not it could escalate very quickly.
Click to expand...

I hate to say it but it makes me wonder how far off we are from doomsday?
. Ukraine’s fighting spirit is ‘getting stronger’

Ukrainian MP Inna Sovsun says Ukraine has never been as united as it is “right now”. “I don’t think there is a single person that disagrees about the fact that Putin attacked us without any good reason,” Ms Sovsun told Sky News host Chris Smith. “With every single attack, the spirit is...

The governor of Ukraine's southern region of Mykolayiv said the security situation is calmer in the area because Russian forces had been pushed back "slightly" from the regional capital, which they have been trying to seize.
In an interview on national television, Governor Vitaliy Kim said Russian troops continued to fire at the city of Mykolayiv and that 80 people were wounded on Monday, including two children.

"You can be 99 per cent sure that Mykolayiv region will continue to hold back the advance of the Russian troops," he said.
Click to expand...

"There is the Bug River, which they need to force their way across in order to advance.
"We will not give up the bridges to the invaders."

The mayor of the Ukrainian capital city, Vitali Klitschko, announced the curfew will begin at 8:00pm on Tuesday night local time, and is expected to be lifted at 7:00am on Thursday morning.

The reintroduction of the curfew comes as Russian strikes on the city intensify, with a strike on a residential building killing at least one person.

"It is prohibited to move around the city without special permission, except to go to bomb shelters," Klitschko said.

"The capital is the heart of Ukraine, and it will be defended.
Kyiv, which is currently the symbol and forward operating base of Europe's freedom and security, will not be given up by us."
Click to expand...

A former NATO Deputy Secretary General has spoken of her hope that there will be a peaceful end to the war in Ukraine.

Rose Gottemoeller told PM efforts are underway to construct a diplomatic "off-ramp" for Vladimir Putin which would provide him with a means of retreating from Ukraine, without it necessarily looking like a humiliating defeat for Russia.

Ms Gottemoeller, who has worked with Russia on no nuclear non-proliferation in the past, told Nick Grimm she found Putin's sabre rattling concerning and unwarranted, adding not even Soviet leaders behaved like this with regard to their statements.

"Putin is something different," she said.

But she said she really hoped a wider war could be avoided.

"NATO is doing everything it can to avoid this terrible invasion of Ukraine from turning into a wider war in Europe," she said.

"They are avoiding World War 3 in every way they can and they will continue to do so."

She said there were signs, and more talks coming up, which would hopefully get us on an exit ramp out of the crisis, with a number of actors engaged in negotiating diplomacy.

Russia had already been hit with sanctions and there was a danger Russia could default on its debts so the country was being punished, but she said the first goal was restoring Ukrainian livelihoods.
Reactions: Southy

The General Staff of Ukrainian Armed Forces has posted its regular update on Facebook, saying four helicopters, one plane, and a Russian cruise missile were shot down by Ukraine's military.

"The groups of the occupying forces involved in the offensive did not have significant success in all areas of advance. The main efforts continue to be focused on maintaining the occupied borders," it said.

"The moral and psychological state of the enemy remains low... The enemy is trying to capture Mariupol. Ukrainian soldiers successfully repulsed the attacks of the invaders."

These claims have not been verified.
Reactions: RUN010 and Southy 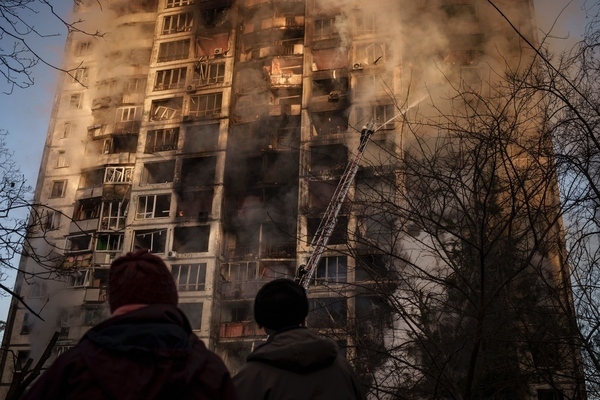 A series of Russian strikes hit a residential neighbourhood of Ukraine’s capital on Tuesday, officials said, igniting a huge fire and frantic rescue effort in a 15-storey Kyiv apartment building. At least one person was killed.

The Ukrainian military said in a statement that the strikes were artillery strikes. They hit the Svyatoshynskyi district of western Kyiv, adjacent to the suburb of Irpin that has seen some of the worst battles of the war.

The Ukraine State Emergency Services posted on Facebook that they have now extinguished the fire.

Russian forces also stepped up strikes overnight on the north-west suburbs of Irpin, Hostomel and Bucha, the head of the Kyiv region Oleksiy Kuleba said on Ukrainian television.