Catalan Dragons will be out to demonstrate the viability of a second French club in Super League when they host Hull KR tomorrow.

The Dragons have moved their round-19 fixture from Perpignan to Toulouse, who are bidding to join the Catalans in a revamped Super League from 2015.

Toulouse, who reached the semi-finals of the Challenge Cup under Justin Morgan in 2005, played in the Championship from 2009-11 and are looking to make the step up.

The Dragons are happy to assist the cause of their old rivals and are expecting the move to pay off with a 15,000 crowd, which would double their average attendance at Stade Gilbert Brutus this season.

"We try to take a game on the road each year to show rugby league outside Perpignan - we have been to Montpellier, Beziers and Barcelona," said Catalan spokesman Yannick Rey.

"Now we are playing in Toulouse and it will be an opportunity for Toulouse Olympique to show their potential for Super League.

Tomorrow's game will be held at the 19,000-capacity Stade Ernest Wallon, home of Toulouse's rugby union club, but Olympique have plans to renovate their own Stade Minimes if they get the go-ahead to enter Super League.

The Dragons will be hoping to take their home form to Toulouse for they have lost just two of their eight games so far this year in Perpignan.

They are hoping to get Australian scrum-half Scott Dureau back after missing the last match against Hull as he went for more medical check-ups.

Dureau underwent surgery to remove a brain tumour in January and complained a blurred vision in his second match back at Widnes Vikings earlier this month.

"Scott trained this week and there were no problems with his vision but we are still waiting for the results of his latest examination," added Rey.

"If they are positive, there is a good chance he will play tomorrow."

Hull KR are expected to give a debut to former Wakefield Wildcats and Salford City Reds centre Sean Gleeson, who joined them in the winter but has been sidelined up to now with a back injury.

The Robins are also boosted by the return of influential Australian forward Cory Paterson, who has sat out the last four matches through suspension.

"Sean Gleeson has a good chance of playing," Rovers coach Craig Sandercock said. "If it's not this week he will definitely be back for the week after.

"Cory Paterson will be playing and to have him back is fantastic because he had been one of our best players."
Last edited by a moderator: Oct 22, 2021
Reactions: Fanrrior

After an historic season for the Catalans Dragons and promotion into the top flight for Toulouse Olympique, optimism has reached new levels among the country's passionate supporters.

This Saturday's double-header between France and England men's and women's teams is expected to be a sell-out at the Stade Gilbert Brutus in Perpignan.

And to add to the buoyancy of the mood, that twin Test match will also act as an early rehearsal for a World Cup in 2025 that is likely to be hosted by the French, backed by national and regional government. 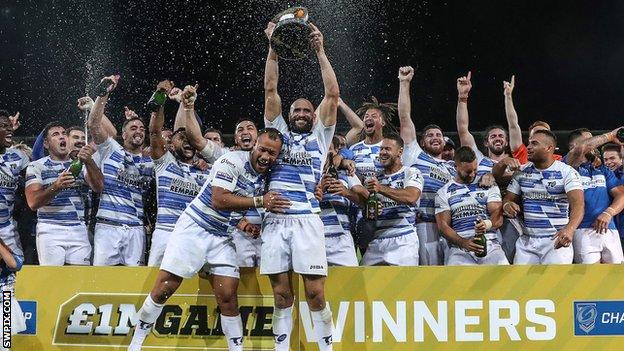