ALX22 said:
Wests Tigers halfback Luke Brooks was charged with contrary contact over an incident involving Jack Gosiewski at Lottoland on Thursday night but is available to face the Knights next round. Brooks took an early plea and was fined $1350.
Click to expand...

Sounds like he was running around okay, but tomorrow he needs to do a wrestling/contact session.

Wests Tigers have been dealt a huge blow leading into the club’s biggest game in almost a decade with skipper Moses Mbye ruled out for Sunday’s blockbuster against the Sharks.

The Tigers are yet to officially rule Mbye out of the game but NRL.com understands he has been scratched for the do-or-die fixture after failing to prove he had recovered from a hip injury at a closed session at Leichhardt Oval on Thursday.

Mystery surrounds whether Robbie Farah will be fit for Sunday's must-win clash with Cronulla after Wests Tigers coach Michael Maguire said he'd made a final decision but would not reveal it until an hour before kick-off.

The powerful Wests Tigers player was hampered by a right ankle injury for the majority of the NRL season and recently had a cleanout.

Wests Tigers hooker Jacob Liddle has reached a milestone in his recovery from a serious knee injury with the removal of a brace.

The club has announced Liddle received a "positive surgical review" and is able to commence a lower body rehabilitation program. It is hoped he can start running by the early rounds of next season.

Tigers forward Josh Aloiai has been given positive news after wrist surgery and is training in a splint.

Prop Russell Packer is still recovering from foot surgery, while Matt Eisenhuth and Alex Twal had successful groin surgery and will resume full team training in the coming weeks.

Elijah Taylor (knee) and David Nofoaluma (elbow) will resume pre-season training in early December. Michael Chee Kam returned to training on Monday and will be monitored after hurting his shoulder while playing for Samoa.
Reactions: Rabbits 21

Jacob Liddle reflects on his rollercoaster road to recovery after sustaining a serious knee injury — opening up on his drive to continually move forward and return to the field in 2020. 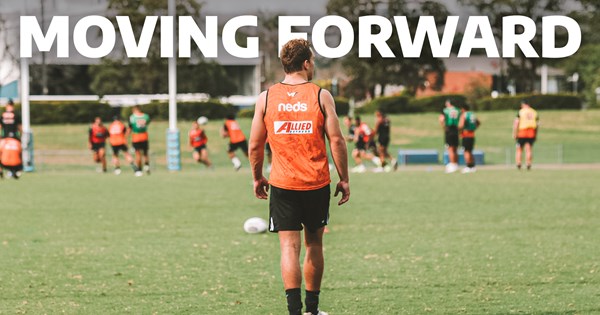 Jacob Liddle takes us inside his incredible road to recovery.

Wests Tigers are hopeful the news is better on Paul Momirovski after he also limped from the field with an ankle injury against the Rabbitohs.

Coach Michael Maguire told NRL.com that Momirovski was able to put weight on his leg afterwards but still left HBF Park in a moonboot.

Wests Tigers have today confirmed that Paul Momirovski will miss the next 2-3 weeks after sustaining an ankle injury during the side's NRL Nines meet with South Sydney Rabbitohs. 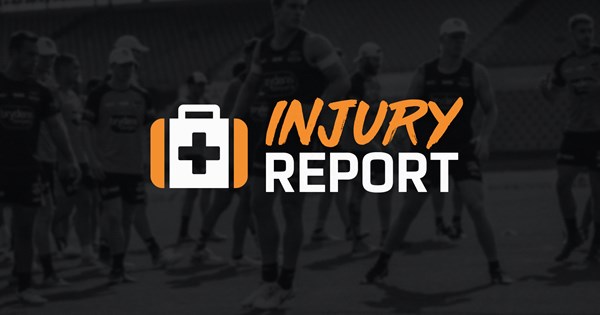 Wests Tigers have today confirmed that Paul Momirovski will miss the next 2-3 weeks after sustaining an ankle injury during the sides NRL Nines meet with South-Sydney Rabbitohs.

New signing Adam Doueihi went off in the Tigers' loss to Penrith with an upper leg injury but coach Michael Maguire after the game said Doueihi's exit was precautionary and he'd be fit for the next trial.

Mbye left the field for a HIA in the 13th minute after a heavy collision while attempting to make a tackle.

He passed the HIA but it was then discovered he also suffered a knee strain. He did not return.

Speaking after the game, Wests Tigers coach Michael Maguire said Mbye would undergo scans but he's expecting him to be fit for round one selection.

Wests Tigers co-captain Moses Mbye is set to miss his side's round one clash against the Dragons with a knee issue.

The Queensland Origin utility suffered a low-grade MCL injury in the Tigers' final trial against the Warriors and was in a brace at training on Thursday.

Mikaele and Wests Tigers teammate Michael Chee Kam were diagnosed with eye disorder Keratoconus during the off-season, a finding that was a long time coming for the 22-year-old. 'I couldn't see 15 metres in front of me': Mikaele's rookie hurdle