So one Semi Final is Japan v Iran, and the other Semi Final will be Qatar v (the winner of Australia v UAE).

Looks like we are going with a 4-4-2 formation, instead of 4-3-3. I guess the side mid-fielders can move up when we are attacking.

Mabil to the bench. Maybe he will come on when UAE are tired.

Very disappointing but I expected it.

We are on a downward spiral.
Reactions: ALX22

Yep, and only getting worse at junior levels. I wonder why that is...

From Macarthur A League club:

"On behalf of everyone at MSW we extend our deepest sympathies following the tragic passing of Bor Mabil, sister of Socceroos forward Awer Mabil.
Rest In Peace"
Last edited: Jan 26, 2019

ALX22 said:
Yep, and only getting worse at junior levels. I wonder why that is...
Click to expand...

some positive news for the female side of the game

Hot off the heels of the announcement that Macarthur South West Sydney will be getting its very own A-League team, Macarthur school girls will be able to play in all-girls competition for the first time, thanks to the introduction of a girls ALDI MiniRoos program in 2019.

The Macarthur Football Association (MFA) is looking to provide even more opportunities for the young women in the Macarthur region to take up the world game.

Girl participation in football has grown steadily throughout Australia, and while MFA has enjoyed the benefits of that growth, MFA General Manager Salv Carmusciano hopes that the introduction of an all-girls MiniRoos program will help to fuel that growth at an accelerated rate.

“The structure of MiniRoos provides the perfect introduction for new players,” he said.

“We understand most primary school-aged girls would prefer to play in teams with other girls and against other girls. MiniRoos makes it easy to do this.

“Girls-only leagues will be a first for our association at those age groups. We feel if we can provide the right environment during the primary years, we’ll not only attract new girls but retain them in future years.”

The MFA is encouraging all of its 23 clubs to recruit girls in the under-6 to under-9 age groups to form girls-only teams by waiving team registration fees for all girls’ teams in the MiniRoos competition.

“To encourage clubs to form girls-only teams as a priority, we are offering free team entry for all MiniRoos girls in the under-6 to under-9 teams,” Carmusciano said.

“Further to this, we won’t charge the club for the equivalent number of MiniRoos boys teams they enter within the same age category.

Affordability has been a big point of contention for football players and parents this season and the MFA has committed to doing its bit to combat rising costs by subsidising its own fees to try and combat the introduction of the Football Federation Australia’s national registration fee.

“We understand the cost of football/sport is an issue that may be preventing participation and we just thought it was the right thing to do. It’s a small gesture and we hope that our clubs will consider following suit,” Carmusciano said.

Players in the Macarthur region looking to find their local club should head to: www.macarthurfootball.com.au/play for more information or check out the club listings below.

No doubt this page will change quite a bit soon: https://en.wikipedia.org/wiki/Macarthur_South_West_United_FC

Well the first Semi-Final (Japan v Iran) is on tonight at 1 AM (Sydney time).

I am happy that Japan beat Iran.

The Asian Cup Final is tonight at 1 AM (Sydney time).
Japan v Qatar. I am hoping Japan wins.

2 great goals by Qatar in the first half.
2 - nil to Qatar at Half Time.

Hopefully they left the UAE safely.

FFA to move U23 training camp from Thailand

Football Federation Australia has cancelled a proposed trip to Thailand as the under 23 men’s national team prepares for its AFC U23 Championship qualifiers in March. The move comes after consultation with Australian National Team and Under 23 Head Coach, Graham Arnold. “Last year, the...

Wellington Phoenix chairman Rob Morrison says A-League newcomers Western Melbourne will have to look elsewhere for their inaugural coach, declaring Mark Rudan is under contract and staying put across the ditch.

Rudan has been a raging success in his first professional coaching gig, having put the Phoenix in the frame for their first finals appearance in four years. The consortium behind the Western Melbourne Group have taken notice, and have been linked to a move for the former Sydney FC skipper as they get things in order for their debut A-League season later this year. 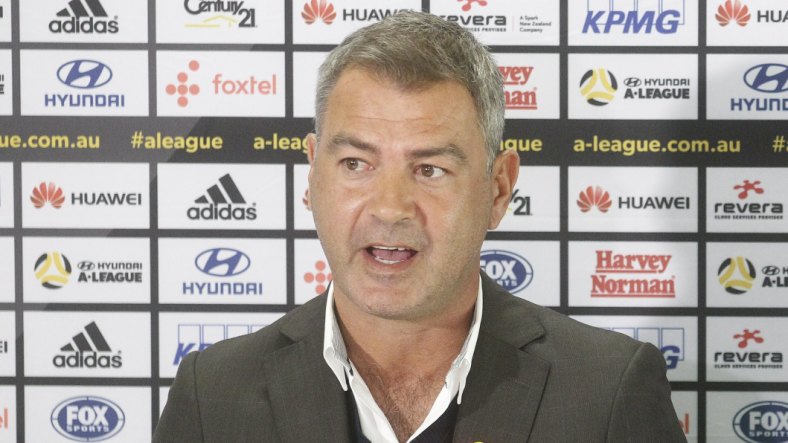 But if Rudan is the man they really want, it appears they'll have a fight on their hands. Morrison said he had signed a two-year contract and that he would see it out, if not stay in New Zealand - assuming the club's long-term A-League future is also locked away.

"He's on a two-year contract, so he won't be at Western Melbourne," Morrison told the Herald. "They have to find a coach for the start of next season and one thing about Rudes is he's a very honourable, straight-up guy. I've got no issues, no worries there.

"But we also recognise that for the future, we have to have something that's going to appeal to him and that is part of us continuing to grow and develop.
"When I first spoke to him, I said, we do really want someone who is going to come in and fight for this club and he's just delivered in spades. I really could not be happier with him."

Rudan appears to have fully bought in to the Phoenix, football in New Zealand and the broader culture of the country. But he admitted last month that if he knew moving overseas without his wife and two young children was going to be so difficult, he wouldn't have taken the job.
"Every sleepless night you are thinking about your job and you want be with your family and it's not easy. I've got to find a solution there," Rudan said. "I fly back when I can but there's a lot of times where I can't."

If family is the lure that convinces him to shift back home, it may be the other incoming expansion club that proves a better fit. Macarthur-South West Sydney are due to enter the A-League the season after Rudan's Wellington contract expires, and he has a longstanding relationship with club director Sam Krslovic from his days at Sydney United 58. 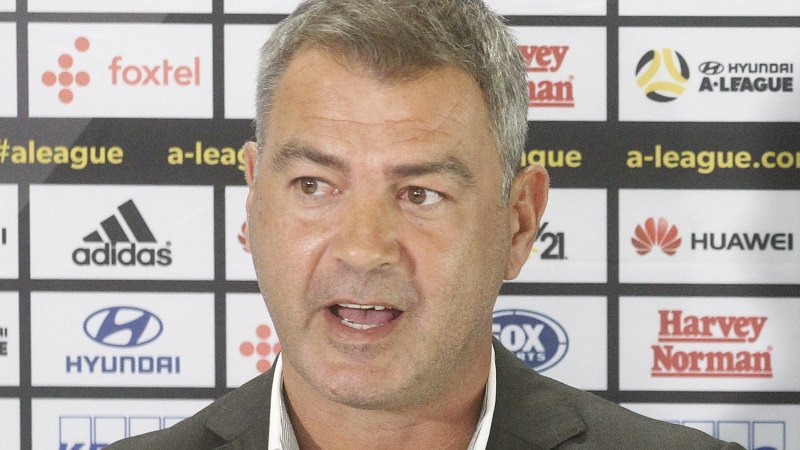 Hands off: Phoenix warn Western Melbourne away from coach Rudan

Incoming A-League team Western Melbourne are keen on Mark Rudan but will have to look elsewhere for a coach, according to Wellington Phoenix.