Mark Schwarzer questions costs of football participation in Australia
By Emily Patterson24 Nov 2022 16:41
Socceroos legend Mark Schwarzer has voiced his opinion on the "astronomical" cost to play football at the grassroots level in Australia.
The former goalkeeper, who now finds himself on the other side of the microphone as an expert analyst for Optus Sport, addressed the issue with Football Australia chief executive James Johnson and sports minister Anika Wells following Australia's loss to France at the World Cup.
"I'm not actually asking this question on behalf of Optus Sport, I'm asking it on behalf of myself as a footballer who played for the national team and Harry (Kewell) can probably vouch for it as well," he said.
"Growing up as a kid, you didn't need money to play football, it was there, it was an opportunity to play. In Australia now the cost to play football for the average individual is astronomical.
"I know the government has increased the funding .. I agree it needs to be addressed, seriously addressed, because we need more kids playing football, and sport in general. We are that far behind other codes ... that cost next to nothing. I hear it all the time, constant complaints about the cost.
"So to James as well, if there is extra funding, where is it going and will it be going towards cutting the cost for the average individual? And if not why isn't it? Because it should be." 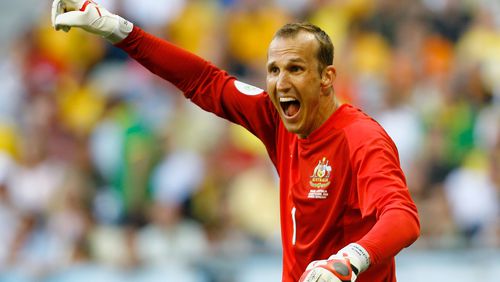 Switzerland vs Cameroon LIVE: Swiss scrape home
By Zachary Gates24 Nov 2022 22:58
Switzerland has scored a 1-0 win over Cameroon in the Group G pool.
The goal came through Breel Embolo on the back of a gorgeous pass in the 48th minute.

Ronaldo at 37 has just parted ways with Man U but managed a nice goal for Portugal.

The japanese fans did themselves and their country proud by cleaning up the crap left in the stands after a match.
Well done to their team who played soccer and didnt waste time with social issues like their German opposition.

The sillyness goes on though with English fans told NOT to dress up as knights or Crusaders in a Muslim country given the atrocities they committed in Gods name during the crusades but no, some actually still chose to try and wear the outfits.

An Aussie fan also tried to rub "gay Pride" in the host nations hospitality by attempting to "smuggle" in a rainbow Australian flag.