Hard loss to Manly. They needed a win. 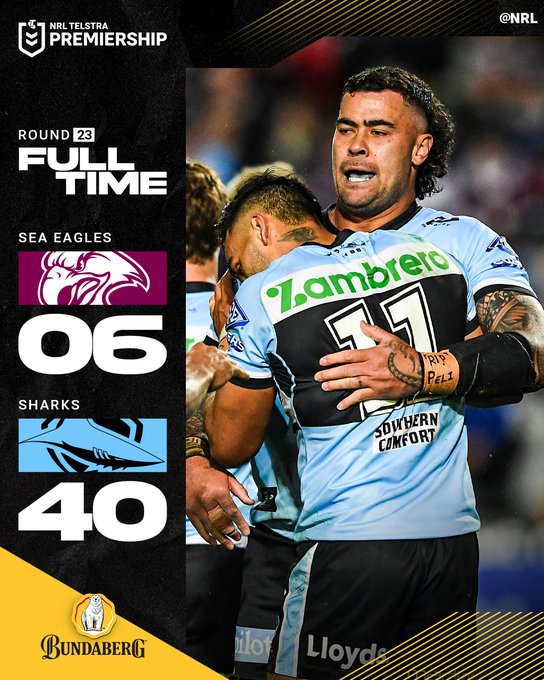 Raboriginal said:
Why weren't the players protesting about not be consulted about a betting logo being plastered across their jersey or when there home ground was renamed after a brewery?. Seems strange they were fine with the that but chose the issue if a little bit of colour on a jersey to die on a hill over.
Click to expand...

probably because the players were ALL aware of it before they signed a contract and it wasnt just "dropped" on them.

Dont forget when it comes to religion back when they were created alcohol was the safest thing to drink especially when mixed with water because it killed the germs that were plentiful in the water at the time.

The issue over that "jersey" was it was dropped on players without consultation and like it or not while they tolerate or are friends with LGBTQI people its another thing to expect them to actively promote it.
The Lgbtqi mob then made the issue solely about a form of hate or intolerance of their way of life instead of the way the club handled it.

If there was any intolerance it was by the lGb mob that would not tolerate someone having a different view to theirs because their activism would not allow them to respect any other persons views that did not coincide with theirs.

always nice to see Manly lose and adding that to the Broncos effort its been a good weekend so far.