The terms of the settlement will remain confidential, according to a joint statement released by Rugby Australia.

“Rugby Australia, NSW Rugby and Israel Folau have today settled their legal dispute following the dismissal of Israel Folau after he posted a religious message on social media (the Social Media Post),” the RA statement read.
Click to expand...

Good luck to Izzy, I hope he skinned them!!!
.
Reactions: stanleyg and S J

$8m payout for Izzy?.the lesson here is, sinners should not mess with agents of our Lord.

Matthew 5:10
God blesses those who are persecuted for doing right, for the Kingdom of Heaven is theirs.
.

southsport said:
$8m payout for Izzy?.the lesson here is, sinners should not mess with agents of our Lord.

Matthew 5:10
God blesses those who are persecuted for doing right, for the Kingdom of Heaven is theirs.
.
Click to expand...

Not sure he got that much Southy. He gave way a little too.

S J said:
Not sure he got that much Southy. He gave way a little too.
Click to expand...

I'd say about half that Rads - maybe less.

S J said:
I'd say about half that Rads - maybe less.
Click to expand...

S J said:
I'd say about half that Rads - maybe less.
Click to expand...

I'm just going by what I heard on the news on TV and radio.
Reactions: S J

RADICAL RABBIT said:
I'm just going by what I heard on the news on TV and radio.
Click to expand...

Did well - either way.
Reactions: Southy

Who knows if the $8 million figure is the truth or not. Eight months after an Instagram post got Israel Folau sacked from the Wallabies, the rugby player and Rugby Australia wished each other well for the future after signing a confidential settlement. 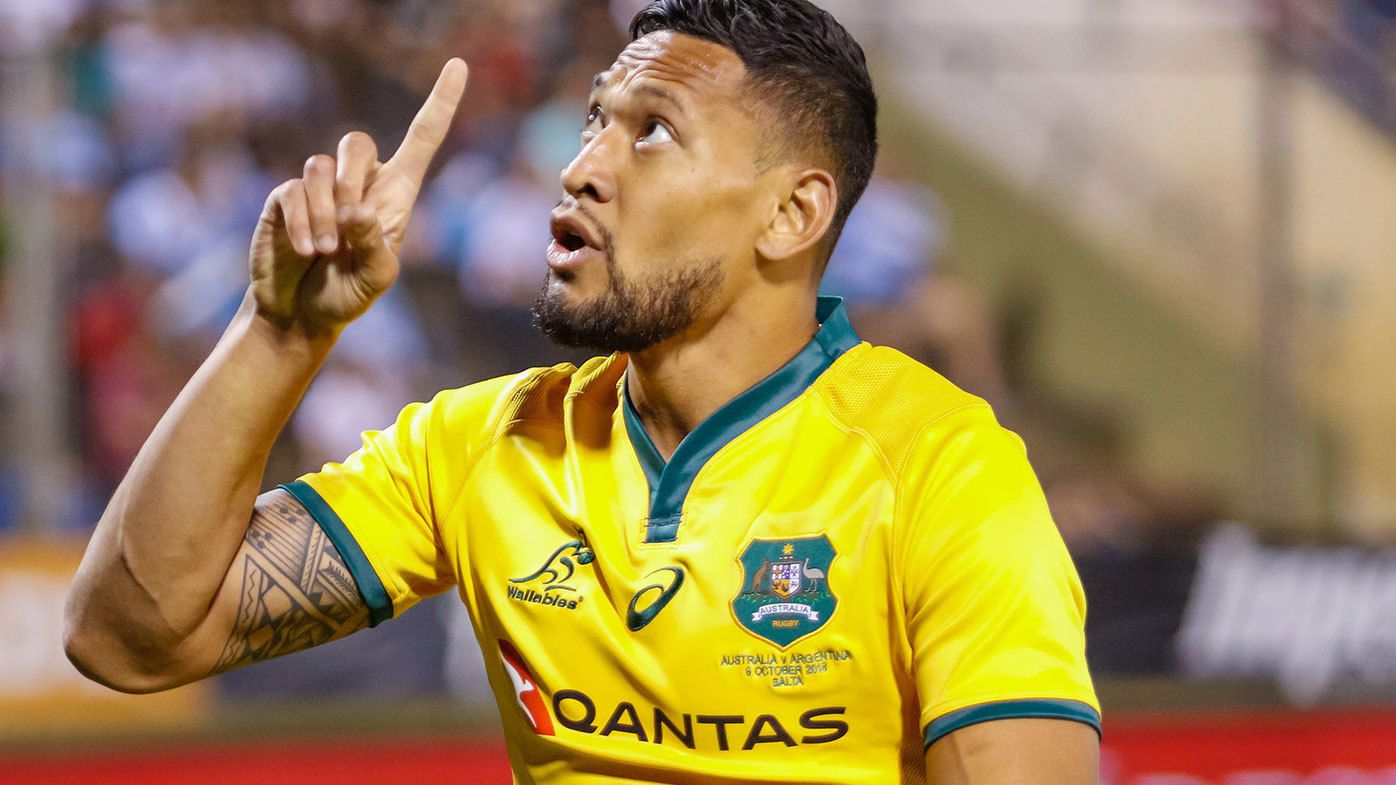 'It would be crazy for me to say that'

I actually watched a bit of BOLT last night and his comment on RA settling prior to court was...
Take that Bandana Man (lefty Fitzsimons)

The whole issue was badly handled by RA from the start.
All they had to do was state clearly RA does not Share Izzys religious beliefs BUT they should also have said they respect his right to quote his religious beliefs...even in the modern media form of Memes.,
Castle rushed out yesterday to fend off what is the start of guesstimates about the settlement.
She also said Rugby was a very INCLUSIVE game but apparently not inclusive enough when it came speaking religious belief.
RA brown nosed to the Qantas CEO and it was all downhill from there.
if you don't like or don't believe others religious beliefs ….ignore them , leave them to themselves.....as long as they are not doing what the LGBTQI mob are doing.....running witchunts

I now wait for all the activists to start up in Melbourne when TA honour Margaret Court for her brilliant sport achievements 50 yrs ago.
Last edited: Dec 6, 2019
Reactions: Southy

Bandana man has been conspicuous by his absence in the matter ...
Reactions: stanleyg

I follow Gordon and Easts in the Shute Shield, and of course the Waratahs in Super Rugby. I hope the latter does better next season!

The_Fanatical_Rooster said:
I follow Gordon and Easts in the Shute Shield, and of course the Waratahs in Super Rugby. I hope the latter does better next season!
Click to expand...

I like the Tahs but I don't watch much Union.

Same. To me, it is not a patch on rugby league. I believe the difference in quality/standard is only widening.

The rugby league, AFL, cricket and football departments at Fox Sports are bracing for staff cuts after the broadcaster took an axe to its once-sprawling rugby department on the eve of the new Super Rugby season.

Rugby officials were briefed by Fox executives on Thursday that their sport was the first cab off the rank for staff and programming cuts, as the pay television provider embarks on a cost-slashing campaign on the back of $417 million in financial losses at its parent company Foxtel.

The sport was rocked by news that popular rugby host Nick McArdle had been let go the day before the launch of the new season and that the Monday and Friday night shows had been scrapped in favour of a drastically leaner schedule.

Former Wallaby Drew Mitchell has also been let go, while pundits Greg Martin and Stephen Hoiles will be used on a "pay-per-play" basis as needed throughout the season.
Reactions: The_Fanatical_Rooster

I am surprised that the season is starting so early. Bloody ridiculous if you ask me.

Has that always been the case, I have not really noticed? Perhaps it is because of this awful heat and humidity it seems to be somewhat more noticeable this time around.

Anyway, it is shame what they are doing on FOX. I hope that FOX League is not impacted too much. The Super Rugby coverage is one thing. The league coverage is quite another!

Fox talking of walking away from Union. Optus might fill the void - or Disney - in years to come.

How the mighty have fallen. Their CEO is certainly a code killer.

Castle didn't do a good job at the Dodgies then she moved to the ARU and has turned that into a shambles.
She handled the Folau issue BADLY trying to pander to her sponsor mate over at Qantas.
It has now had Fox not renew its televise contract and other sponsors are leaving.
On the field it is the same poor results.