How many of you know your history? Here's a few snippets.
J. Kirwan is the grand father of Sir John Kirwan, F. Delgrosso is my great uncle. Frank was outstanding play maker and proudly carried the nickname of "Daly", named after the great Daly Messenger. The coach of this team would go on to embroiled in controversy. After the tour of Australia for which this photo was taken, the team would head to England and Wales. Mr E.H Main would find himself with a full blown revolt on his hands, partly due to Mr. Main allowing his wife to play an active part in the coaching and tactics of the team. Cutting a long story short, from memory, 9 of the tourists would receive life bans from the NZRFL (as it was known at the time), and i think my uncle was banned also but i think he was allowed back into the game late in his career.
Reactions: H

Who can name me the Australian immortal that played for Auckland against the Kiwis?
Reactions: H

I present for you the world champion rugby league team of 1977. This team defeated the French, Australians and Great Britain in 1977.
Reactions: H

And here is the answer to the question of which of Australian immortal played for Auckland. Dick Thornett is another all time great Australian but i don't recognize the name Phil Howthorne. Anyone shed any light?
Reactions: H

Can you name the young man standing with former Kiwis enforcer Kurt Sorenson? Here's a clue...the young fellow would go on to captain the Kiwis.

Question who is the former Kiwis captain on the left of Ritchie Barnett and what is his connect with the mutiny on the Bounty?

And for no other reason than i can. I present a picture of the 1985 UK tourist. Tom Mckeown is my uncle and a life member of both the NZRL and Auckland RL.
Reactions: H

The team in the NRL looks the good each year - but stumbles at the final hurdles.

Nice story on Fox on the 25 year history of the NZ FERNS yesterday.
It was on after two hard played womens "internationals".
The Tongan gals look like they could play in a NRL pack they had some size and power to their game.
The Niue girls tried hard but were outclassed.

The NZ v Samoa had some big hits to it. 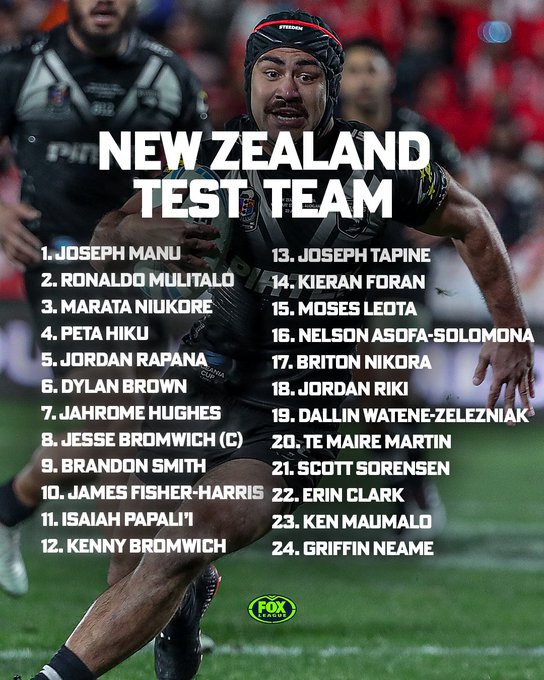