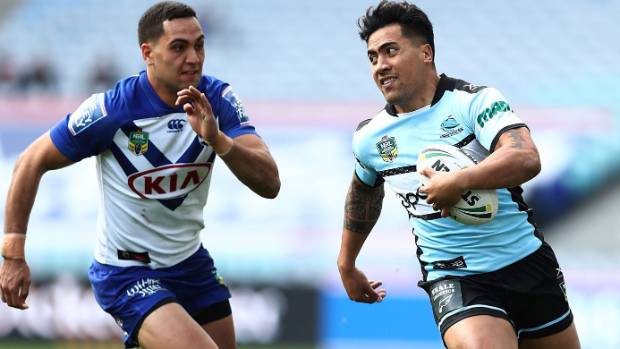 Sosaia Feki of the Sharks runs in for a try against the Bulldogs.


Leeson Ah Mau and Sosaia Feki will have a point to prove to Kiwis coach Michael Maguire come the NRL semi-finals this week.

The Warriors exit at the hand of the Panthers saw nine of Maguire’s wider training squad drop out of the competition, leaving 14 players from the six finalists remaining.

Six of players go head-to-head this week as the Sharks host the Panthers, and the Dragons take on the Kiwi-less Rabbitohs.

Ah Mau will hit it up for the Dragons, after demolishing the Broncos last week. Feki scored a try as the Sharks lost to the Roosters, and will now see action against the Panthers. 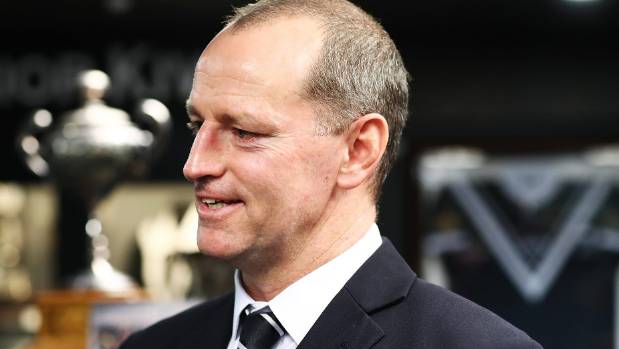 
The Panthers have three established Kiwis -- James Fisher-Harris, Dallin Watene-Zelezniack and Dean Whare sharing 28 appearances between them, and a young Corey Harawira-Naera to add to the mix.

Recent Kiwis debutant Ah Mau and the uncapped Feki will be looking to put pressure on Maguire to include them in the squad to play Australia for the Trans-Tasman Cup on October 13.

Both have a case for a starting spot for the Kiwis, and of starring for their sides in a dream run to the premiership. 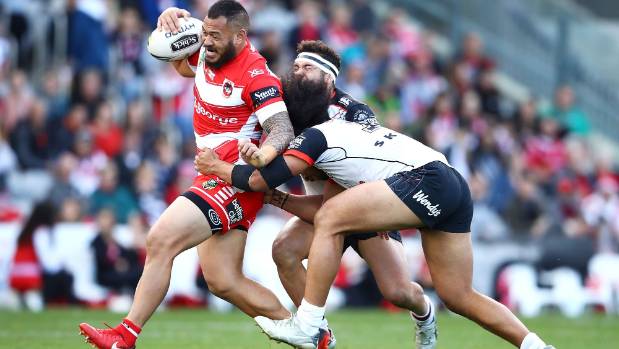 Auckland-born Leeson Ah Mau of the Dragons is tackled by the Warriors defence.

The Auckland-born prop has been playing in the NRL for 10 years, and is in his best season for the St George Illawarra Dragons.

Au Mau heads into the semifinals boasting 540 tackles, a tackle efficiency of 95 per cent and an average of 113 running metres a game.

He is the unsung hero among a star-studded Dragons pack, usually coming off the bench to keep momentum going in the middle of the park.

The 1.85m 110kg powerhouse shone in the Dragons 48-18 thrashing of the Brisbane Broncos, racking up 147m from 14 hit ups and making 27 tackles in their elimination final.

Injuries to Paul Vaughan, James Graham and Jack De Belin have meant he has become one of the Dragons’ key players, so expect to see him start off the back of a huge performance last week.

The 28-year-old has already been rewarded this season, by Maguire who handed him his debut for the Kiwis in the Denver test against England in June.

Ah Mau told NRL.com it had been a dream since he was a kid to pull on the black jersey and represent his country of birth.

He already has a host of international experience playing 15 times for Samoa, notably in their 18-16 win over Pacific rivals Tonga in the Polynesian Cup three years ago.

Should Ah Mau help the Dragons to another win on Saturday, they will face minor premiership winners, the Sydney Roosters in the preliminary grand-final.

He will return home next season, after signing a three-year contract with the Warriors in July.

Sosaia Feki scores in the the NRL qualifying final match against the Sydney Roosters.

The winger is well on his way to his second NRL premiership in three years, notching eight tries and two assists from just 14 appearances for the Cronulla-Sutherland Sharks this season.

Despite a loss last week, Feki will come into the game against the Penrith Panthers in red hot form off the back of four tries in three games.

He has become a Cronulla fan favourite after finishing their top-try scorer in 2014 and helping them to their first NRL premiership in 2016 with a career-high 14 tries.

The retirement of Jason Nightingale has meant a long-dominated spot on New Zealand’s wing has opened up for Feki to make his own.

The Auckland-born weapon has made no appearances for the Kiwis but has played twice for Tonga including against Leeson Ah Mau in Tonga’s loss in the 2015 Polynesian Cup.

He did come agonisingly close to a Kiwis cap in 2014 after being named in the Four Nations squad but failed to play a match.

He was scheduled to come off-contract with the Sharks following this season, but has re-signed till the end of 2019.

Should Feki help the Sharks to victory, they will meet the Melbourne Storm in a playoff for a place in this month's NRL Grand Final.

He said in 2016 playing for the Kiwis was one of his goals, and wearing the black jersey would be a dream come true.