Jake Clifford to make the move to the Newcastle Knights in 2022.
Reactions: Rabbits 21

There’s been plenty of talk surrounding the future of Newcastle captain Mitchell Pearce with even suggestions he could end up back at the Roosters where his career started.

However, coach Adam O’Brien has put any uncertainty to bed, revealing the club has made plans to extend Pearce’s contract beyond 2021.

The premiership-winning halfback has had a busy few months. He recently opened up a pilates studio in Newcastle with his partner and is getting married in December.

For that reason, the club was happy to let their chief playmaker enjoy the off-season but O’Brien says the negotiations will begin very soon.

“Those talks will commence over the next couple of weeks,” O’Brien told Sky Sports Radio’s Big Sports Breakfast.

“Junior has had a big couple of months, he started a new business and he’s also had a wedding to plan. He’s had a bit on but we’ve already made steps to sit down and extend Mitchell out.

“He’s obviously our leader at the club and I really want him to hang around a lot longer.”

Knights will have a top side this year. May make 4.
Reactions: Rabbits 21

Archie said:
Knights will have a top side this year. May make 4.
Click to expand...

I am not so sure.

I am not as confident they’ll make the 8.
Reactions: Archie 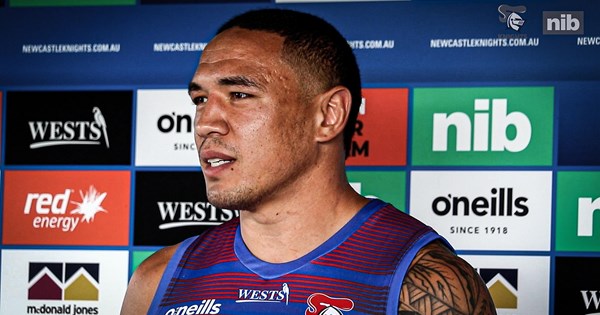 Join our team. Get tickets to every game and exclusive memeber only access to seats and events.

I am not so sure.

I am not as confident they’ll make the 8.
Click to expand...

S J I will participate in the tipping comp I’ve decided this season but I don’t think I wanna run it as I spend a lot of time on my fantasy team and getting tips in for other tipping comps. I guess you can run it if Rad doesn’t return....