Cleared of any significant damage. Free to play.

Queensland forward Tim Glasby will miss Newcastle's crucial clash with the Cowboys on Saturday after suffering a concussion in last weekend's loss to Parramatta.

Canterbury Cup young guns Beau Fermor (torn ACL) and Phoenix Crossland (foot injury) have been ruled out for the rest of the season.

Knights utility Connor Watson will miss their must-win game against Wests Tigers at Campbelltown on Saturday after being diagnosed with a low-grade MCL injury to his knee.

Hooker Slade Griffin, recovering from a fourth knee reconstruction, will not return this season.

Knights prop David Klemmer was fined over a contrary conduct charge after he was found to have abused an NRL match official during Newcastle's heavy loss at Penrith on Sunday.

Klemmer was handed a grade-one offence for the 75th-minute incident, which incured a $1150 fine after he submitted an early guilty plea.

The prop required needling for much of the NRL season after suffering ligament damage at the start of the year.

He also broke his wrist playing for NSW in the State of Origin opener but opted against an operation.

Having now returned to pre-season training after representing Australia in two recent Tests, Klemmer said he's on the improve.

"The physios have been looking after me here. They've been great to me," he said.

"The wrist feels good at the moment, it's getting stronger."
Reactions: Rabbits 21

Starford To’a has suffered a pre-season setback with the winger set to have surgery to repair an injured finger.

“He’s got a bony mallet injury to his finger. He needs surgical intervention to get it reduced. 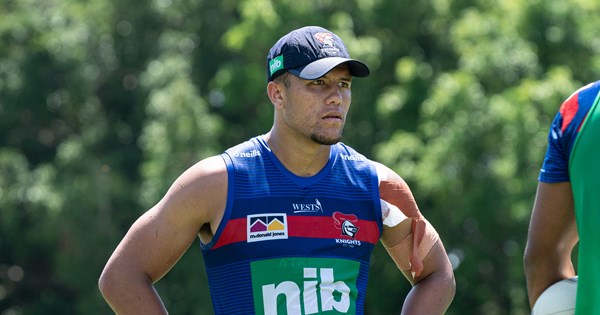