Gonna be touch and go. I’m not sure yet. I have to analyse things more.
Click to expand...

Can't see them coming last - ie the spoon - but hard to see them top 4.

They have picked up a few good players.

Will need to see how the team gels early on.
Reactions: Rabbits 21

The Warriors have lost one of their best young forwards to the Titans.

Vaka Sikahele, an 18-year-old hooker who can also play lock, was a standout for the Warriors in the SG Ball last year and has also represented the Kiwis at under-18 level, captaining NZ Schools.

He is expected to play with Burleigh Bears this year before stepping up to the first grade squad in 2022.
Reactions: Rabbits 21 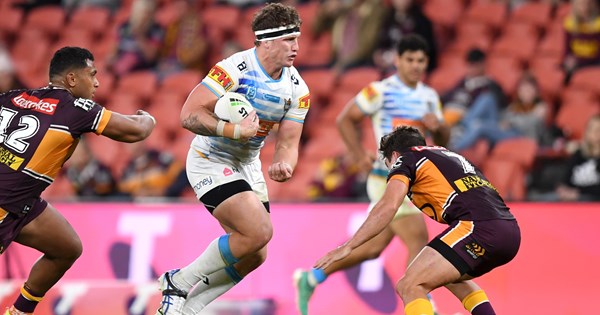 Bouncing back: Wallace ready to lead the charge again

By any measure, 2020 was something of a down year for Titans former Maroons prop Jarrod Wallace but a strong finish could have paved the way for a big bounce-back season for the 29-year old.

According to The Sydney Morning Herald’s Andrew Webster, the Gold Coast Titans have freed up enough cap space to sign Cameron Smith and the NRL has given the all-clear for it to take place.
Smith is still weighing up his options for the upcoming season, and the Titans are a name that is ramping up as a potential destination.
The veteran has kept the NRL world in the dark – the Storm included – on wether he will retire or extend his storied career into a 19th season.
The 430-gamer originally declared he would decide his future by Christmas, but is still yet to make a call just a month out from the NRL season.
Storm football boss Frank Ponissi admitted earlier this week that the club are preparing for life without their champion hooker.
Speaking on SEN’s The Matty John’s Show, Webster said that the Titans could sign Smith with their last remaining roster spot.
“He keeps getting linked to the Titans. I know people who talk to Mal Meninga (Gold Coast’s Head of Culture) about it, Mal’s very edgy about it and he dances around the question,” Webster said.
“They have money in their cap, they have one spot they have to fill before August, I talk to sources at the NRL who said that you’ve got to sign a player of market value, but it’s very hard for a bloke like Cameron who hasn’t signed with anyone, who is off contract and who’s 37.
“But they said they would have no issue with the Titans signing Cameron Smith with the money that’s left in their cap at the moment. It’s doable.”
Smith has played 430 NRL games all for Melbourne since making his first-grade debut in 2002 and just won his third premiership with the club.
He turns 38 later this year. Gold Coast star signing David Fifita insists he is injury-free and ready to cope with whatever pressures comes his way as the Titans' marquee man for 2021.