One thing about Rangi Chase, he is quite quick (in contrast to Sinfield ) and did well to get to Tomkins' kick. Even if it wasn't meant for him.
Reactions: TerryG

Cracking game from Tom Briscoe. England back on track. 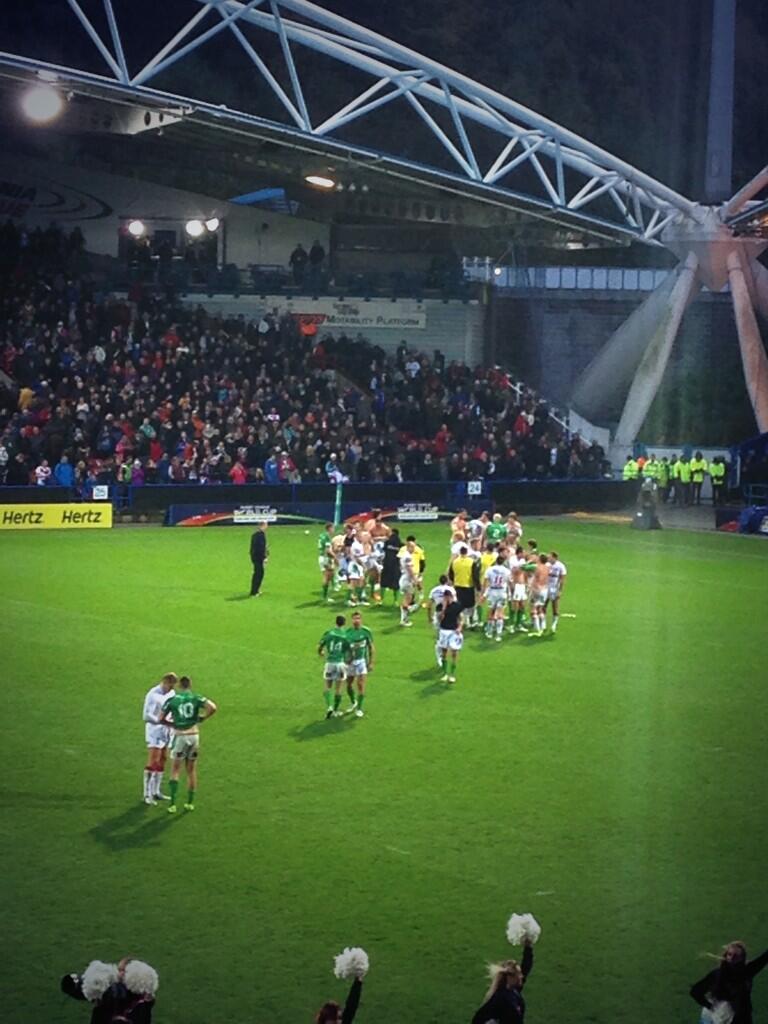 Capacity crowd, but it's a shame Huddersfield fans won't support their own team, who won the league playing in front of crowds of 5000 odd.

Briscoe played well, but I've never liked him much, I always feel he has an error in him, and I'd prefer to see Charnley.

I'm more concerned about Sinfield; I think he was quite poor, and not just in goal-kicking. I do think McNamara has him nailed on the team-sheet, though.

What size of crowds to the Huddersfield soccer side get at that ground, Moto?

More than the rugby team, I think.


Apparently, I'm not the only one to detest Channel 9's "quality" of league coverage....


World Cup is showcasing the importance of good commentary

Out of all of the positives that 2013 Rugby League World Cup 2013 has brought us, perhaps the most popular one has been the absence of Channel Nine.

The World Cup commentary headed by Andrew Voss has been professional, positive and and entertaining. They have celebrated the game of rugby league and its history, and their enjoyment of the spectacle on show has had just enough national bias to make fans cringe with wry smiles and chuckles.

And Daryl Halligan, wearing his Kiwi exuberance on his sleeve, erupts with a sometimes unintelligible excitement that seems important because it sounds honest.

The enthusiasm of these men, ably lead by the wit of Voss, has put into stark perspective the tired boys’ club approach taken by Channel Nine, led by bronze-statue recipient Ray Warren and overlord Phil Gould.

Bias is one thing – and tinged with charisma is fine – but as far as I am aware, nobody likes commercial bias, especially one blatant and lacking in personality. If the role of the commentator isn’t to entertain, then it most certainly isn’t to irritate.

Having monopolised rugby league in Australia for so many years now, Channel Nine have fallen into the trap of believing that the walls it surrounds itself with are the ends of the earth. They are not – nowhere near it in fact.

The success of Andrew Voss and the World Cup team have only highlighted just how insular and ultimately self-defeating the Channel Nine approach will prove to be.

Time spent in commentary ought not to be spent glorifying oneself, the station or the products it is required to advertise. Commentating is about glorifying the sport and the players on show.

It is about bringing to life the enjoyment and passion that fans feel about their sport. It is also a way of bringing in new viewers and admirers.

Nobody wants to be turned away, least of all fans. Channel Nine may be ‘successful’, but when you are the only game in town, that is not proof of your quality.

One wonders just how many people watch Channel Nine with the volume off.

Well done to the World Cup commentary team. Simply by having a good time and enjoying what you are doing, you have shown how simple it really is to put on a good show.