Could be interesting with Sam Burgess suspended.

England will be desperate to bounce back from their first-up loss to Australia.

Minnows Ireland will draw on their own ‘Book of Feuds’ to lift for this battle with tournament heavyweights England – but it could be all one-way traffic in West Yorkshire if these teams’ World Cup opening clashes are any gauge.

England surged out of the blocks against the Kangaroos in Cardiff last Saturday, compiling a tidy 10-nil lead after 20 minutes and keeping the tourists off the scoreboard for near enough half an hour. But then the green and gold clicked into gear to score three snappy tries and take a surprise 18-10 halftime lead, with the teams matching point for point in the second stanza, leaving Australia ahead 28-20 at fulltime.

England coach Steve McNamara may have lamented a few lapses in concentration but he would have been impressed by his team’s skill and aggression – with the exception of Sam Burgess’s high shot that sees the Rabbitohs star suspended for this match.

Among the players to catch the eye was prop Chris Hill, who managed to grind out 110 metres in just 41 minutes on the park, along with a game-high three offloads and 22 tackles. His gain was superior to acknowledged star George Burgess, whose 106 metres from 15 hit-ups, plus a try, were loudly applauded.

Meanwhile the Irish are licking their wounds after being walloped 32-14 by Fiji last Tuesday, in a game where Akuila Uate’s three tries for the Bati exposed their vulnerability to speed and power out wide.

Fiji led 10-4 at halftime and ran away with proceedings in the second half, racking up a quartet of tries between the 52nd and 73rd minutes before they put their cues in the rack and allowed their opposition to save face with two late tries in the final three minutes.

Watch Out England: Manly forward James Hasson showed a willingness to roll up his sleeves and do the hard work with a spirited game for Ireland against Fiji. The fringe first-grader was a handful carting the ball up, making six tackle busts from his 13 runs off the bench. England would be advised to keep a lid on him.

While this game represents a massive opportunity for England fullback Sam Tomkins to further display why he’s rated one of the most exciting players in the game, the No.1 is sure to be targeted by Irish bombs after Greg Inglis stole a relatively simple take to set up a try for Australia last week. Tomkins’ positional play in defence will also be targeted – Billy Slater scored a runaway try on the stroke of halftime last week after Tomkins inexplicably joined the England defensive line for an Australian scrum feed near halfway. With no-one at home it proved a fatal error.

Watch Out Ireland: Go-forward will prove tough for Ireland, as it did when they locked horns with Fiji – they were pretty much stopped in their tracks all game, managing a meagre 742 metres from all runs throughout the 80 minutes. That was almost 400 metres less than Fiji made from roughly the same number of runs. With the England defence a much tougher machine, the portents are not good.

Key Match-Up: James Graham v Brett White. You can bet Graham will be out to make up for lost time after his omission last week, reportedly for disciplinary reasons. Graham has been the mainstay of the England and Great Britain packs since 2006 and has proven himself one of the toughest bookends in the NRL. Former NSW Blues and Kangaroos rep White was an extraordinary contributor for Ireland against Fiji, making a game-high 19 hit-ups for 119 metres with a colossal 36 tackles.

Where It Will Be Won: Class. England have a thick coating of it across the park, while Ireland have it in Spakfilla dollops in Pat Richards on the wing and Brett White in the pack.

The Way We See It: It’s hard to fathom anything other than a hiding England’s way. The host nation by 26 points.

It's amazing to think Chris Hill was playing in the Championship a couple of years ago, and now he looks good alongside seasoned NRL forwards. We are not short of talent coming through in England amongst backs and forwards.
Reactions: TerryG

Bugger! BBC 5Live Sport Extra is not broadcasting the commentary on the internet.

How can you have a World Cup series hosted in the UK and not have the BBC cover an England game?

It's on TV! If you prefer radio, turn the brightness down. 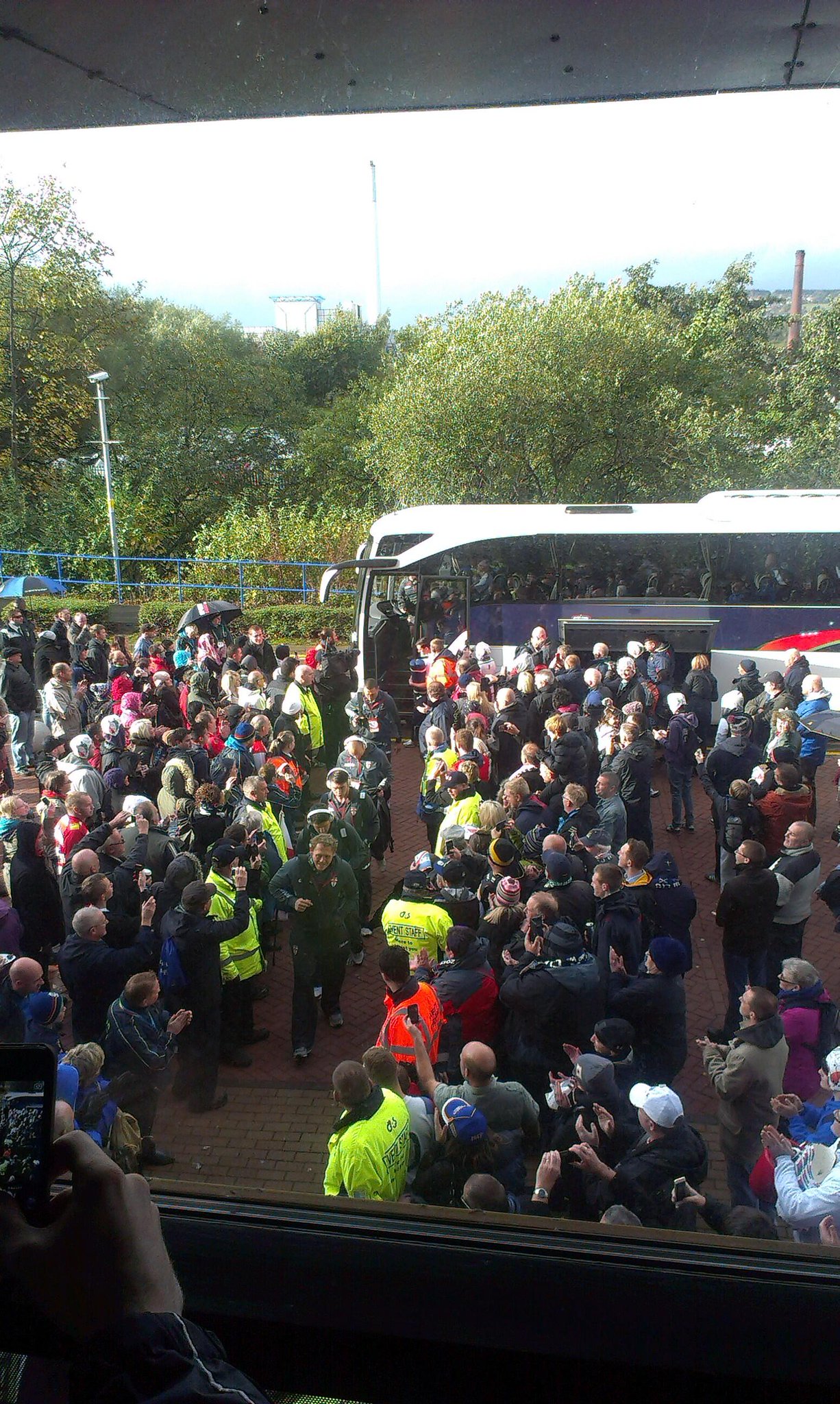 Radio commentators add quality with detail of their descriptions. 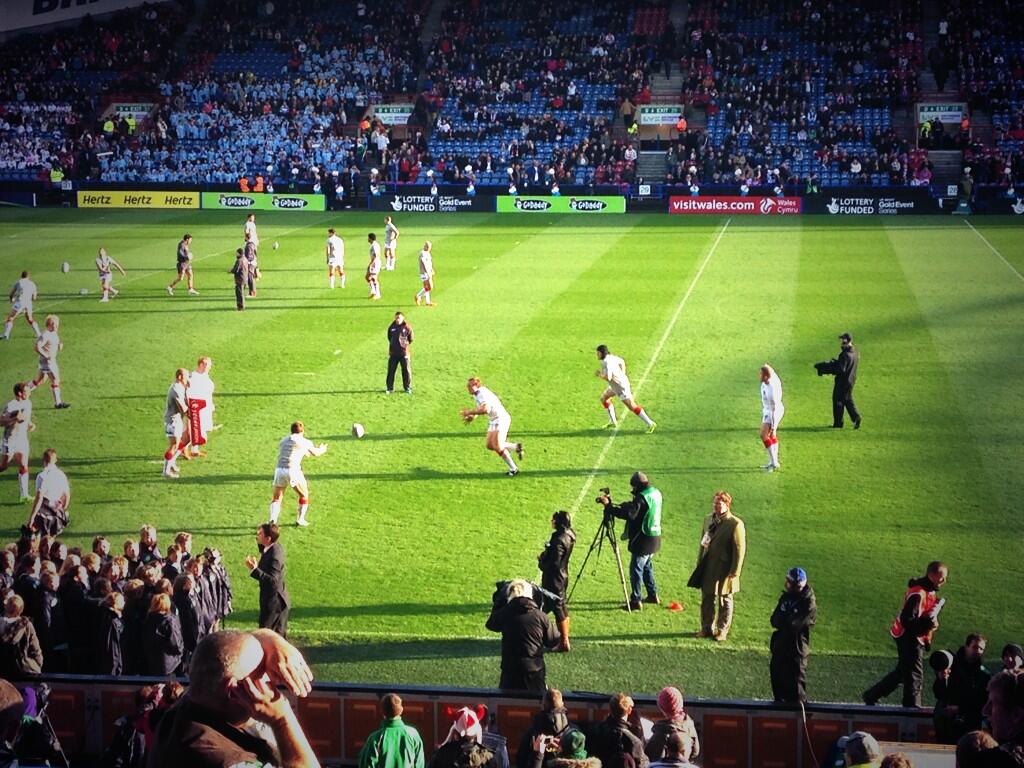 Ireland have been poor, but England are playing well. Cudjoe again has been very good, as he was against the Aussies. Sinfield's kicking has been a bit off, you expect him him nail those touchline conversions.