Hood has penned a two-year deal, while Lineham has signed until the end of 2024.

Walker will remain in red, white and blue until the end of 2022, having joined from Widnes Vikings in 2020.

Wakefield finished their Super League season in style with a big victory over Hull FC at the Mobile Rocket Stadium.

Trinity were 34-0 up at half-time with a six-try demolition of the visitors, Mason Lino kicking five conversions.

Wakefield Trinity second rower James Batchelor has signed a new deal to remain with the Super League club until the end of the 2022 season.

The 23-year-old came through the club's academy and went on to make his senior debut during the 2016 season.

Winger Lee Kershaw has signed a new two-year deal at Wakefield Trinity, to run to the end of the 2023 season.

The 22-year-old scored five tries in 19 games during 2021, before picking up an anterior cruciate ligament injury late on in the year.

Kershaw, who has also had loan stints at Oldham, scored on his debut against Leeds in 2019 and made himself a regular fixture in 2021.

Half-back Ryan Hampshire has left Wakefield Trinity after failing to agree terms on a new deal beyond 2021.

The 26-year-old had a similar issue last season - leaving the club before re-signing - and going on to make 13 appearances, scoring five tries.

The 19-year-old, who made four first-grade appearances for Leeds, will provide Willie Poching with an extra option in the three-quarters.

Hall, who previously played for England Academy and Wigan, also had a short stint with York in 2021 as Headingley opportunities were limited.

The 23-year-old made 30 appearances in the NRL for Gold Coast Titans before joining Leigh late last season.

Wakefield Trinity have been granted planning permission to overhaul the Be Well Support Stadium, known as Belle Vue, by Wakefield Council.

The approval was given by the Planning and Highways Committee at their monthly meeting on Thursday.

Under the plans, Trinity will replace the existing east stand, building a two-storey, 2,507-seat stand.

Trinity will also repair and resurface the north terrace, restoring it to full 3,500 capacity. 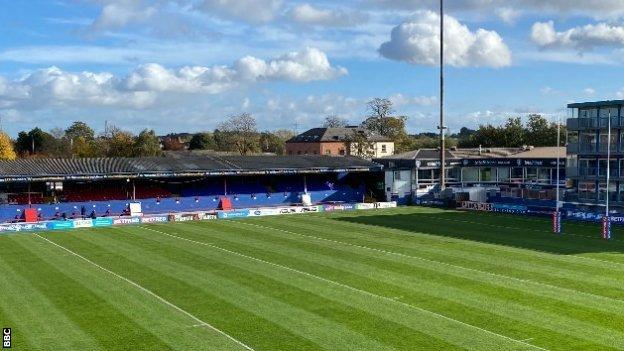 Matty Ashurst marked his 150th Wakefield appearance with a try as they stunned Warrington in a see-saw match.

Ashurst was one of six try-scorers for Wakefield, who registered their first away win over the Wire since 2014.

Mason Lino posted 18 of his side's points, with a second-half try and kicking record of seven from seven.

It was a third successive Super League defeat for Warrington, who led twice but were unable to match the visitors' second-half display.

Warrington were fast out of the traps, scoring on their first possession as the pacey Matty Ashton spotted a gap and burst from inside his own half, scything through the visitors' defence to touch down.

Tinirau Arona's smart offload enabled Liam Hood to muscle his way over the line for the Wildcats' first try of the game but Toby King restored Warrington's lead, running onto a clever short kick by George Williams.

Jacob Miller set up Jordan Crowther for a close-range try on the back of Wakefield pressure and the visitors edged ahead for the first time when slick passing on the left sent teenage centre Corey Hall clear in the corner.

Wakefield Trinity are waiting on further details about the groin injury that ruled winger Tom Johnstone out of Sunday's defeat by Toulouse.