Wigan Warriors full-back Jai Field has been named player of the year by the Rugby League Writers and Broadcasters Association.

The 25-year-old joined the club for 2021 but had an injury-hit first season with the Cherry and Whites.

Field went on to have a breakout season in 2022, however, scoring 20 tries and winning the Challenge Cup.

The Super League play-off semi-finals will take place as scheduled on 16 and 17 September.

Super League confirmed the matches following the announcement that the funeral of Her Majesty Queen Elizabeth II will be on Monday, 19 September.

The Super League awards ceremony scheduled for that evening has been switched to Tuesday, 20 September.

S J said:
The Super League play-off semi-finals will take place as scheduled on 16 and 17 September.

Super League confirmed the matches following the announcement that the funeral of Her Majesty Queen Elizabeth II will be on Monday, 19 September.

The Super League awards ceremony scheduled for that evening has been switched to Tuesday, 20 September.
Click to expand...

I like the ESL. Different to our game in a few ways. Worth a look if you can see any games. 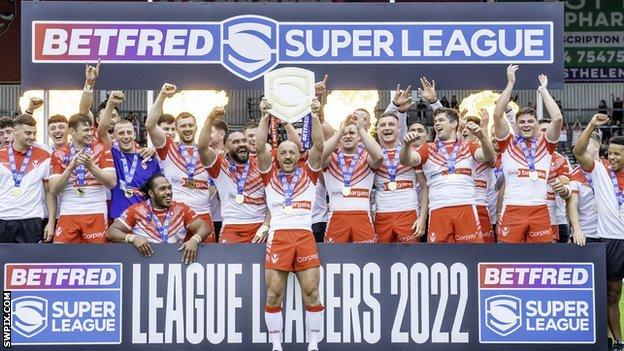 Honestly was not expecting Leeds to make the GF, Rohan Smith has really turned them around since taking over.
Reactions: S J

Raboriginal said:
Honestly was not expecting Leeds to make the GF, Rohan Smith has really turned them around since taking over.
Click to expand...

It will be a top game. I enjoy their game - it is different to ours. The play etc.

I can see Saints winning but they have a few injury worries too.

The 25-year-old England international was given a Grade B charge following an incident with Salford's Chris Atkin in Saturday.

Knowles was sin-binned for the incident at the time by referee Chris Kendall.

Beevers gave Leeds an early lead and the Rhinos then defended resolutely to go in 6-0 in front at the break.

Leeds extended their advantage early in the second half when Beevers powered her way over again.

Sinead Peach scored a brilliant solo try to give York hope of a comeback but Leeds held on. 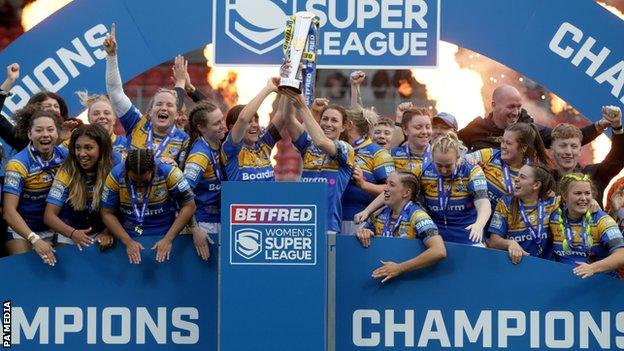 St Helens must not get drawn in by the emotion of potential storylines as they prepare for Saturday's Super League Grand Final against Leeds Rhinos, says playmaker Jonny Lomax.

Saints can win the trophy for a record fourth time in a row if they are successful at Old Trafford.

"It will be spoken about, but we try to keep things normal and not overthink," Lomax told BBC Radio 5 Live.

"We have to go into the game and try to go ready to play and enjoy it.

"You can't be writing storylines before anything else, you've got to stay in the now and crack on from there."

Knowles lost his initial appeal for the ban over "dangerous contact" in an incident with Salford' Chris Atkin. 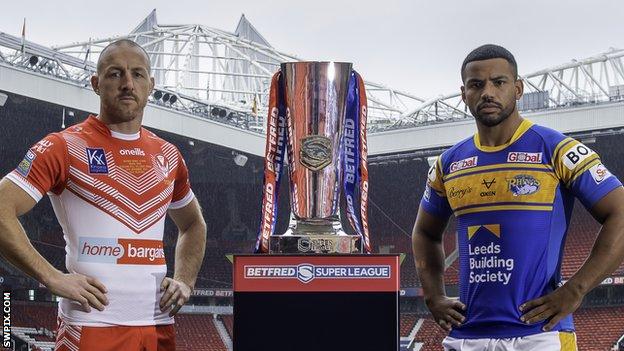 St Helens have named Will Hopoate, Josh Simm and Dan Norman in their 21-man squad for Saturday's Grand Final.

Hopoate has not featured since their win over Hull KR in August because of a hamstring injury, while Simm returns from an injury picked up in their derby against Wigan. Norman is back from a broken cheekbone suffered against Toulouse.

Leeds welcome back England winger Ash Handley and Rhyse Martin for the trip to Old Trafford, but will be without half-back Aidan Sezer after he failed a head injury assessment in their play-off semi-final at Wigan.

Handley missed their past two games with a foot injury while Martin has now served a two-game suspension following a high tackle against Castleford.

Saints made swift work of taking the lead through Matty Lees, with Jon Bennison sending them further ahead.

Kruise Leeming cut the deficit on the verge of half-time but Konrad Hurrell powered over shortly after the restart.

Victory for St Helens brings to an end Woolf's time in charge on a major high, having won the showpiece end-of-season event in each of his three seasons in charge.

Building on the title won in 2019 under Justin Holbrook, St Helens became the first team to win four Super League titles in a row and also surpassed Leeds to win a record-setting ninth Grand Final. 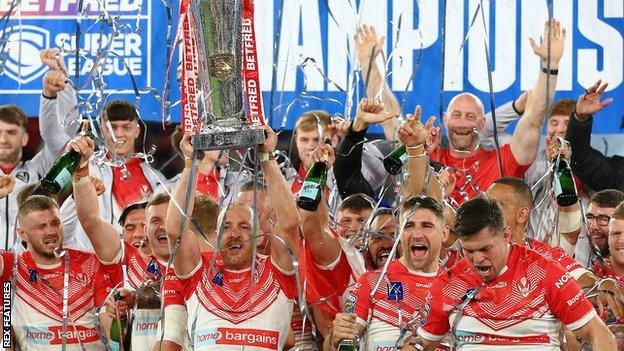 Super League's annual award is decided by points accrued on a round-by-round basis across the season.

The 25-year-old Australian made 25 try assists and scored seven tries in the regular season.

He is the second Salford player to win the award in the past four seasons, after Jackson Hastings won it in 2019.