Good to know. He can be a match winner when he's going.

Toulouse have announced that they will be taking part in a training day alongside NRL Champions Sydney Roosters next month. The event will take place on February 13 at the Sport and Intelligence National Centre in Paris, four days ahead of their World Club Challenge meeting with the Wigan Warriors.

Toulouse Head Coach Sylvain Houles is a former team-mate of Roosters boss Trent Robinson, with the pair having spent time together playing at the Stade des Minimes. Robinson, who was voted Best NRL Coach of 2013, also spent time as Head Coach of the French side in 2005. On the chance to train with the French side, Robinson said: “I’m looking forward to the boys experiencing it.”

Sydney Roosters and Toulouse Olympique have announced a new initiative this pre-season, as the two clubs will training together at the INSEP (Sport and Intelligence National Centre) in Paris on the 13th February. Last season’s NRL champions will stop in Paris en route to facing Grand Final winners Wigan Warriors in the World Club Challenge four days later. The move came about through the relationship between Toulouse coach Sylvain Houles and Roosters counterpart Trent Robinson, as the two played together at the French club before Robinson turned to coach them in 2005, taking over from Justin Morgan who had joined Hull KR.

Robinson then went on to coach Catalans Dragons between 2011-2012, after spells as assistant at Newcastle Knights and Sydney Roosters under Brian Smith, before returning to the NRL with Roosters ahead of the 2013 season.

A competition without age restrictions has not been held since 1997 - then known as the Alliance League.

Super League chief executive Robert Elstone said: "It is essential that we offer appropriate challenges to our young players on their journeys into Super League.

The board of Championship side Swinton Lions have resigned over opposition to plans to change the club's name.

They announced earlier this month that they had submitted a proposal to rebrand as Manchester Lions.

Swinton, who were formed in 1866, finished ninth in the second tier this season.

Red Star Belgrade, a club famous for lifting football's European Cup three decades ago, have confirmed they will make a bid to join the third tier of English rugby league.

The Serbian side last year competed in England's Challenge Cup competition for the first time.

They intend to join League One as early as 2021, which would put them just two promotions away from Super League.

Red Star "believe there is strong potential" for their inclusion.

In a statement, the club said they have "held general discussions" and are working towards making a formal submission.

A decision about if and when the Championship and League One seasons should resume has again been delayed.

A video conference involving clubs outside the Super League failed to reach a conclusion, despite being presented with reports from two working groups set up to investigate costs, logistics and revenue opportunities.

Now clubs have been invited to submit their views via a survey.

They will be considered by the Rugby Football League Board on 6 July.

It is believed that several clubs - the most prominent being Leigh and Featherstone - are pushing for a restart in order to create a meaningful competition that could lead to possible promotion into Super League.

Other clubs fear the cost of restarting, behind closed doors to begin with, would be prohibitive.

The Rugby Football League are hoping for the Championship and League One to return to action by March 2021.

The RFL hopes to resume fixtures even if spectators are not permitted.

But it is hoped that Easter weekend, from 2-5 April, could see fans allowed to watch local derby matches.

While Super League resumed in August, no games have been played in England's second or third tiers since the coronavirus pandemic caused sport to be halted in March.

An RFL statement said: "The clubs met virtually today and debated a number of possible fixture schedules for 2021 - all of which involve some matches in March.

"That is likely to involve the return of the AB Sundecks 1895 Cup, possibly on a group basis in the early stages to allow the clubs to guarantee more home fixtures - and provide the realistic prospect of reaching a Wembley final next July."

RFL chief executive Ralph Rimmer added: "The timing of the Easter weekend at the start of April, when we all fervently hope and expect crowds to be permitted back at our grounds, provides something for us all to anticipate with relish."

Newcastle Thunder have been promoted to the Rugby Football League's Championship, after their submission was chosen by an independent panel.

Thunder will replace the club selected to take up the now defunct Toronto's spot in Super League, one of six second-tier sides that applied.

They missed out on promotion via the play-offs in 2019, losing to Oldham.

The 2021 Challenge cup will start in early March, but without amateur clubs because of ongoing Covid-19 complications, the Rugby Football League has confirmed.

League One sides, plus Newcastle, Oldham, Whitehaven and Dewsbury will kick off round one, drawn on 4 January.

Ten remaining Championship sides arrive in round two, while 12 Super League clubs form the last 16 in round four.

The final is at Wembley on Saturday, July 17, with the semi-finals in June.

Championship side Toulouse Olympique will not compete in the competition.

In addition, the four Championship or League One clubs to reach the last 16 of the competition with the entry of the 12 top flight teams, will also qualify for the semi-finals of the 1895 Cup.

That final, last won by Sheffield Eagles in 2019, will take place on Challenge Cup final day, as an anticipated precursor.

Championship clubs will begin their season on the weekend of 27-28 February, after details were confirmed at a virtual meeting.

This 26-round campaign will provide the first fixtures in 11 months for the 14 clubs, which lead to a play-off for the top-six clubs and a '£1m Game' promotion final to decide the champions.

The league table will be subject to a points percentage system as applied in Super League last season, to offset the potential impact of coronavirus on the fixture schedule.

League One's start date will be decided in the new year, as will the play-off system to decide promotion and relegation, but the 18-round, 10 team competition has been formalised.

Fixtures for both leagues will also be confirmed next month.

I follow Oldham and Featherstone in the lower divisions, with Wigan my ESL team.
Reactions: S J

Coventry Bears are to change their name and rebrand as the Midlands Hurricanes following a cash injection from a business who have a base in the city.

Mike Lomas, managing director of the Huddersfield-based Big Red Industries Group, has taken over as chairman.

He will co-own the semi-professional Hurricanes with founder Alan Robinson.

The Coventry-based side will continue to play in League 1, the third tier of English professional rugby league - the level they have been at since 2015. 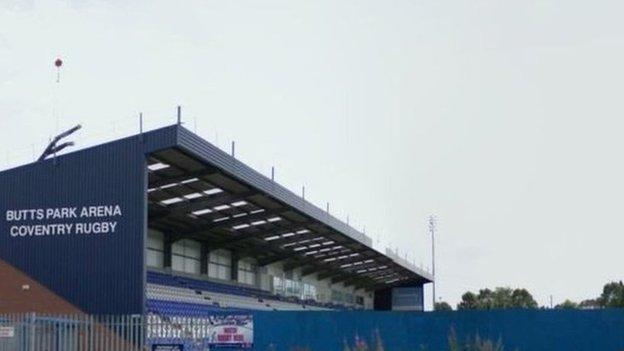 Neil Kelly has been appointed head coach at Cornwall RLFC for the club's debut in League One in 2022.

Kelly, 56, has previously worked at Dewsbury and was assistant coach at Wales during the 2000 World Cup when they reached the semi-finals.

He won promotion to Super League with Widnes and has worked in the US with rugby union side Houston Sabercats.